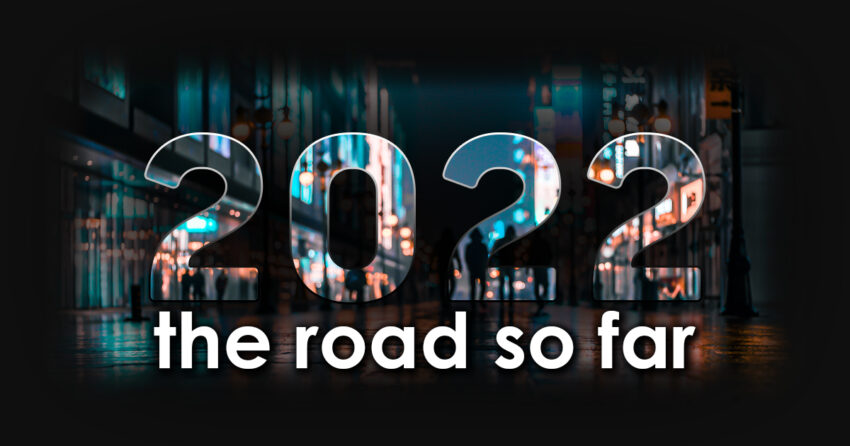 It has been quite a year. Busy, first and foremost. In 2022 I decided to finally be “somewhat serious” about getting my music out there. I’ve scoured the farthest corners of the internet and researched, how to best go on about this “self-publishing”. After quite some intensive searching I’ve ended up with DistroKid. Basically, DistroKid takes care of getting your music on all those pesky different platforms people use and they do so for a relatively small fee, compared to other competitors.

The road so far

I started releasing my tracks via DistroKid in June 2022. Since then I’ve managed, through a lot of spamming on Social Media, paid ads/marketing and affiliating myself with various fellow artists and promotion groups (also known as networking) to achieve a few milestones I am quite proud of and happy about:

I am still struggling with getting my head wrapped around how all of this turned out. Bluntly, I didn’t expect this to take off at all. Once I had reached the first 50-ish listeners, many of which, I am sure, were just the folks from my fellow artists promotion groups, my wife and some of my colleagues from work, I thought “That’s it. That’s as far as you’ll get.“. Don’t get me wrong: I’m still a nobody and painfully aware of it. But I am a nobody who has – in good months – well over 3000 monthly listeners, many of which apparently are coming back for seconds. This is humbling. This is crazy.

Credit, where credit is due

At this point I’d like to thank a handful of people, who made this possible. My wife, who endures endless hours of me not noticing her, because I am focused on my screen, watching my DAW do things to produce that noise and not hearing her through my headset. My “soundtester in chief” Septerra, who gets every track as soon as it’s fully mixed and finished and runs it through his car hifi, which is the ultimate test. And the promotion group who so kindly took me in and lent me their reach on Instagram, which I’m sure helped a lot in getting where I managed to get with this so far. Without these awesome artists such as ghostgeorgie, Star Madman, Peppermint Wave, nitefold. and many more this road would have been a lot bumpier.

I got a lot planned for 2023. Actually, let me rephrase that. I have some plans for 2023 and a metric shit ton of ideas and no idea which of those may or may not amount to anything.

There is a new album on the horizon with a planned release in March 2023. “Sins of Tomorrow” will feature 10 tracks and it might just be my most synthwave-y album yet. I’m actually quite proud of it, I do like each and every track of it myself and that’s usually rare. It’s diverse, yet distinctive. I really hope, people will enjoy it as much as I do. It’s also my most sophisticated album yet. I’ve put a lot more work and thought into arranging and also into which effects and plugins I want to use and general planning of the “structure” of a track.

I also want to put some more effort into getting more reach for my playlist. I’ve already received feedback from some of the artists who submitted tracks to it and got accepted, that the playlist had yielded new saves and streams for them. Not only is it actually fun and inspiring to listen to those submissions and decide, which ones may or may not fit to the playlist overall, it’s also nice to see, that it actually has a positive effect on the performance of the featured artists. For us independent artists, who have no label, no marketing agency, no massive reach on our own playlists like this are often the best and first stepping stone and maybe even our only way to gain some momentum to start going somewhere.

I’d also like to try out some things I’ve seen other folks do. For example, my friends over at elXaR Productions do reviews of other artists’ work. I think, I’d like to have a go at this. As an artist you suffer from listening to music “too technically”, anyway. Might as well put that to good use and write some reviews. To be honest, this would also be a good way of providing regular content on this website which otherwise wouldn’t really see much of that.

I’d also really love to make a collab. While I do, of course, have a few favourites I would really love to work with, I am open to almost anyone. Especially for making vocal tracks it would be awesome to not be limited to vocal sample packs out there but have someone actually sing on a track you’re able to actually compose and produce in the way you’d like to, rather than having to compose a track around the existing sample.

Let’s see, what 2023 will bring. Until then, I’ll leave you with one last release for 2022, which will be released in a couple of days. “Judgment” is a somewhat dark EDM track which doesn’t quite fit the “Christmas Singles are jolly and happy!” bill, but what can I say…it’s what happened when I started up my DAW and began working on my last track for the year, so it is what it is.

Have a wonderful christmas time, a happy new year and stay happy and healthy, everyone!

1 thought on “The road so far”

You can buy my tracks on the various platforms listed on the home page such as bandcamp, Soundcloud, Amazon Music, Spotify, Deezer, iTunes, Youtube Music, and many more.

Manage Cookie Consent
To provide the best experiences, we use technologies like cookies to store and/or access device information. Consenting to these technologies will allow us to process data such as browsing behavior or unique IDs on this site. Not consenting or withdrawing consent, may adversely affect certain features and functions.
Manage options Manage services Manage vendors Read more about these purposes
View preferences
{title} {title} {title}